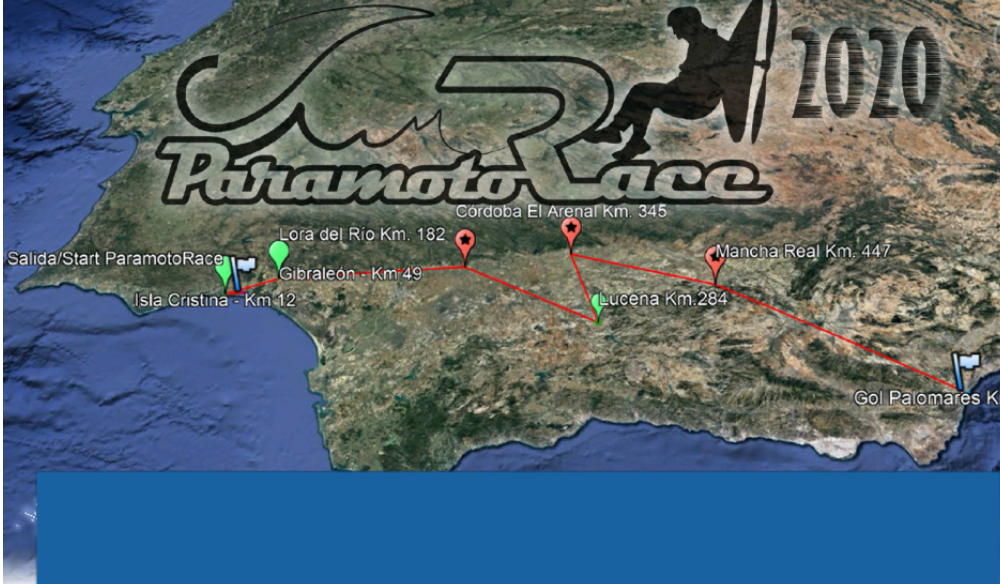 The Andalucía Paramotor Race is a competition for paramotor and paratrike pilots, in which they must complete the 515 km distance in one day, counting on one or two assistants on the ground for the refueling, and going through four way points. It is organized by Mario Eolox and his team, and the start point was in Lepe (province of Huelva), where pilots took off at 8.15 in the morning. The goal was placed in Palomares (province of Almería), where the winner Vicente Palmero landed after 9 hours flying and 4 refuelings. Czech pilot Martin Orlik was 2nd and 3rd, Javier Beraza. The winner in Paratrike was Carlos Lemos, the boss of Liberty to Fly paramotors.

As ground assistance, Palmero counted on Miguel Angel Cabeza De Vaca Sanduvete and Paco Moyano, who punctually waited for him to refuel and quickly continue their way to the next refueling point. Vicente Palmero flew a paramotor by Airfer Paramotores, and a Warp wing by Dudek Paragliders , which, as he says, both behaved very well in a flight with “good and not so good ” conditions, some times with winds of up to 130km/h, over Sierra Margina, in the province of Jaén.

In this video, we can see Vicente on his arrival at the goal.

More info about the race on https://www.paramotorace.com/