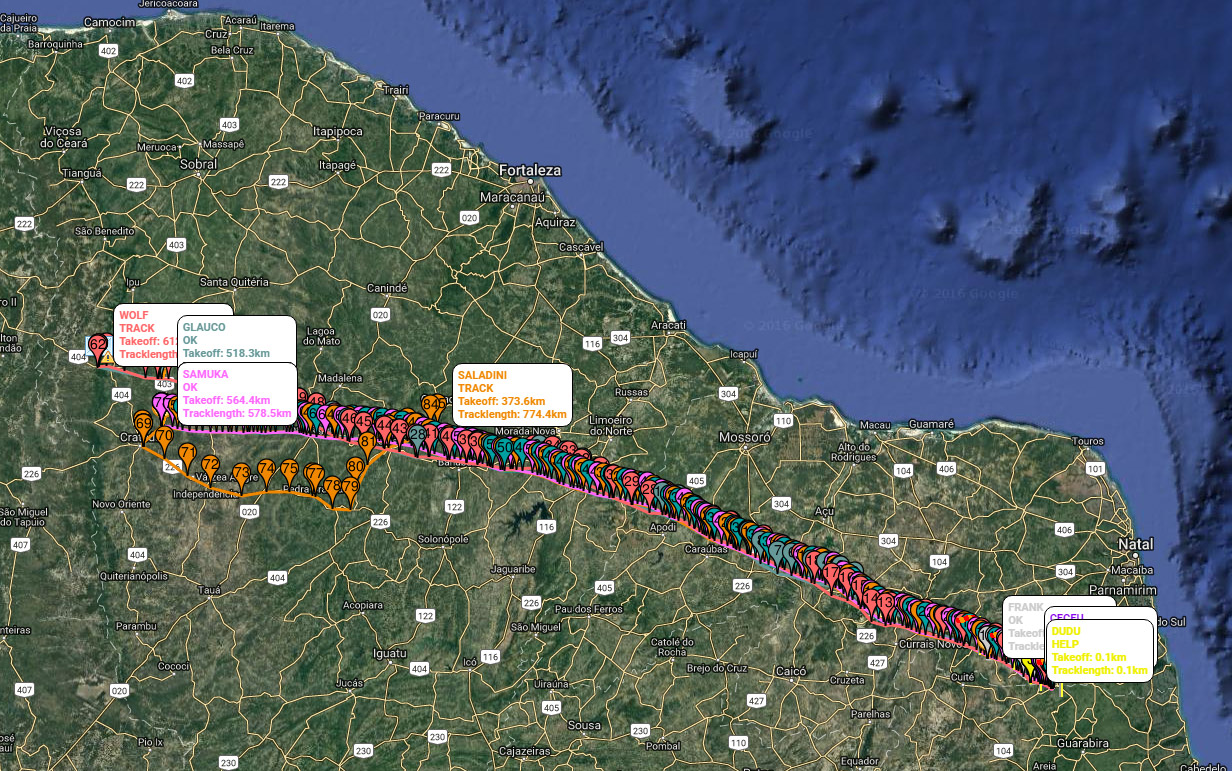 On Thursday 13 of October 2016, Brazilian pilots Donizete Lemos “Bigote”, Rafael Saladini and Samuel Nascimento, managed to push the bar of paragliding distance a little further and up to 564 km, in the northeast of their country, after taking off from Tacima, Paraiba, and landing nearly 11 hours later at the town of Novilho, in Ceara. According to the flight track, the distance in a straight line would be 553 km, details to be confirmed when they claim the world record certification. The trio would thus exceed the current world record by nearly 40 km, achieved around this time last year by Lemos himself, along with Frank Brown and Marcelo Prieto, in the same area. It is worth mentioning the added difficulty of flying such great distance together with other two pilots and for 11 hours, as the Brazilians have done not one, but three times already! In the flight record of 2015, Saladini was left behind after bombing out at the beginning of the journey, while this time it was Brown and Prieto’s turn to stay landed on the way, and cheer their mates’ big flight from the ground.

The pilots integrate a record-hunting expedition that each year travels to the Brazilian northeast to try and fly farther than anyone else in the world. They did it in 2007 with a flight of 461,6 km by Prieto, Brown and Saladini, after launching from Quixada, although the record only lasted them a year: In 2008, South Africa’s Nevil Hulett broke the barrier of 500 km after tow-launching in his country. In 2015, the team recovered the world record for Brazil and put it in 514 km, and this time we can only think of the challenge of breaking the 600 km mark!

The record must be sent to the FAI for ratification and we still do not know the details, but the pilots will continue flying in the Brazilian Northeast these days to try to outdo themselves and push the bar even higher.