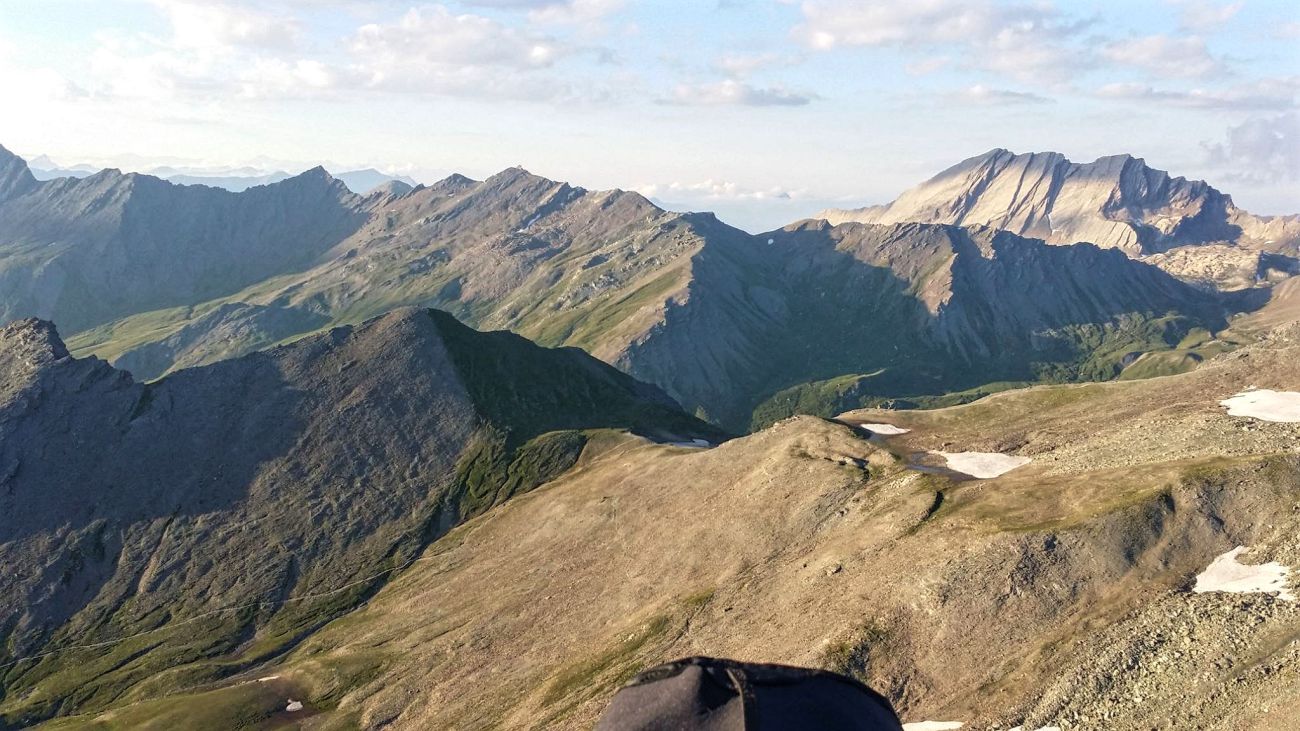 Paragliding world champion and Ozone’s test pilot managed to pass the 300km mark in FAI triangle on July 9th, with 306 km, and again on July 19th, with 326 km! That is breaking the world record twice in only ten days.

Honorin was flying an Ozone Enzo 2 paraglider and took off from Col Agnel in the Cottian Alps, on the border between Italy and France, both times. On the 19th he had the idea to beat both the declared distance triangle and the free distance one, but finally he could only submit the free distance in a FAI triangle to claim the world record. The flight took him over 11 hours at an average speed of nearly 30 km/h.

This is what he commented on the feat: “An amazing day! Perfect weather conditions. 329.5km, almost 330! It’s a pity! But I don’t want to be picky 😉 I thought that it was possible to declare several records in same time but in fact not all of them. But I wasn’t sure… I wanted to do the free Fai triangle and the declared one in same time. So even in doubt, I put 305km declared FAI triangle besides the free triangle and I made it. But, in FAI rules, you can’t do that, I don’t know why but it’s like that.

So I must just declare the free triangle as it was planned at first. It was approximately on the same way except the first turnpoint in South, above Aulp mountain, you can see on my track that I’m gone to do the waypoint and I came back more South West for the free triangle. But it’s done, I beat my old world record of 306.5km (only few days ago) with a Free FAI triangle of 329.5km!”

Honorin just received ratification of his 3 tandem world records set in Quixada, Brazil, in November last year with Karine Gras as co-pilot: straight distance to a declared goal of 335,4 km, free distance using up to 3 turn points, and straight distance record of 403,4 km.

He also holds the current world record of straight distance to a declared goal with 423.5 km set in 2013.