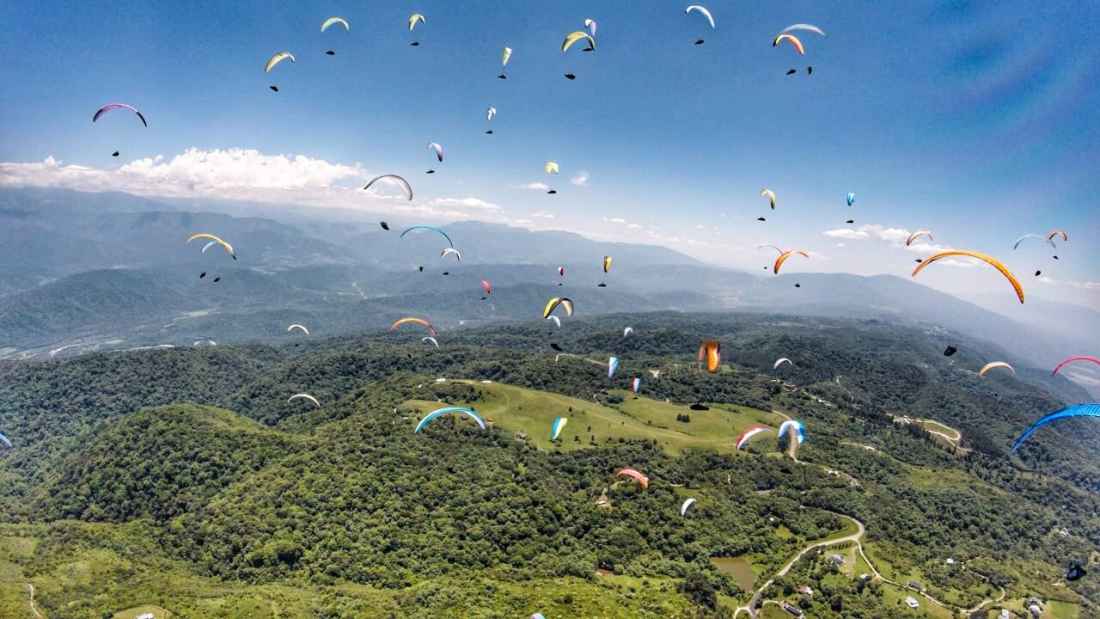 With the following statement, CIVL explained their decision to grant Argentina the organization of the 17th FAI World Championships:

The 17th FAI World Paragliding XC Championships was supposed to take part in France, starting May 20. It was cancelled on March 12. Soon after, the CIVL Bureau received a proposal from Loma Bola, Argentina, to organize the championship in November.

The Bureau decided that looking for an alternative to the cancelled event was worthwhile. It made the idea public. The CIVL Bureau then received proposals from Governador Valadores, Brazil, and Roldanillo, Colombia.

• The Brazilian proposal was not accepted on the ground that the overall pandemic situation in Brazil will likely continue to be a major concern. Therefore, the Bureau felt that the probability of a hypothetical better situation in Brazil did not allow it to take the proposal into further consideration, whatever its merit.

The Colombian proposal was not accepted on the ground that it was missing too many key elements, starting with a complete experienced organization team that could be trusted for such event. The weather statistics and pandemic situation were also taken into account. • The Argentinian proposal turned into a proper bid that was discussed by the delegates and PG XC Committee. The light flying conditions were the only point questioned.

The CIVL Bureau believes that a World championship in light flying conditions is better than no championship. It trusts that in the end, as always, the best pilots will prevail. The venue and the organizing team are well known, have already organized a Cat 1, can be trusted.

Hence, the CIVL Bureau has taken the decision to award the 17th FAI World Paragliding XC Championships to Loma Bola, Argentina. It will take part from October 31 to November 13, 2021. Early arrivals will be encouraged as supervised training days will be organized on October 28 to 30.¨

Loma Bola is already getting ready for the event, and Ojovolador contacted organizer Matias Fortini to ask him about the current situation in Argentina regarding Covid 19 and how he feels about the concretion of the event next November. This is what he said:

“During the presentations we made to the FAI we proposed November because we believe that the health alert in our country should be much better. Vaccination by that time should have reached a great amount of people around the world and we are convinced that even though precautions will still have to be implemented, it will be possible to carry out the competition. The FAI has already published general guidelines of COVID preventions that must be followed in all their competitions, and we will work together with the local health system to count on their support throughout the championship.

Both the municipal and provincial authorities approve and are optimistic about the organization of this international event and will be providing our organization with all their support so that everything goes well“.

With the same organization team but in September, one month prior to the World Cup and in early spring, Loma Bola will also be hosting the final round of the Open Argentino where the new National Champion will be crowned. The Open definition will be a preparation for the World Cup and hopefully, it will also serve as a confirmation of the FAI competition in November, adds Fortini.

*Here are two videos of the 2019 PWC event organized by the same organization in Loma Bola, Tucuman, Argentina.

Liga Norte Parapente in Spain, 21st edition about to start

Marcella Uchoa, 411 km: “There is no greater connection to nature than flying the whole day”

UP Meru: A new Star for the Serial Class