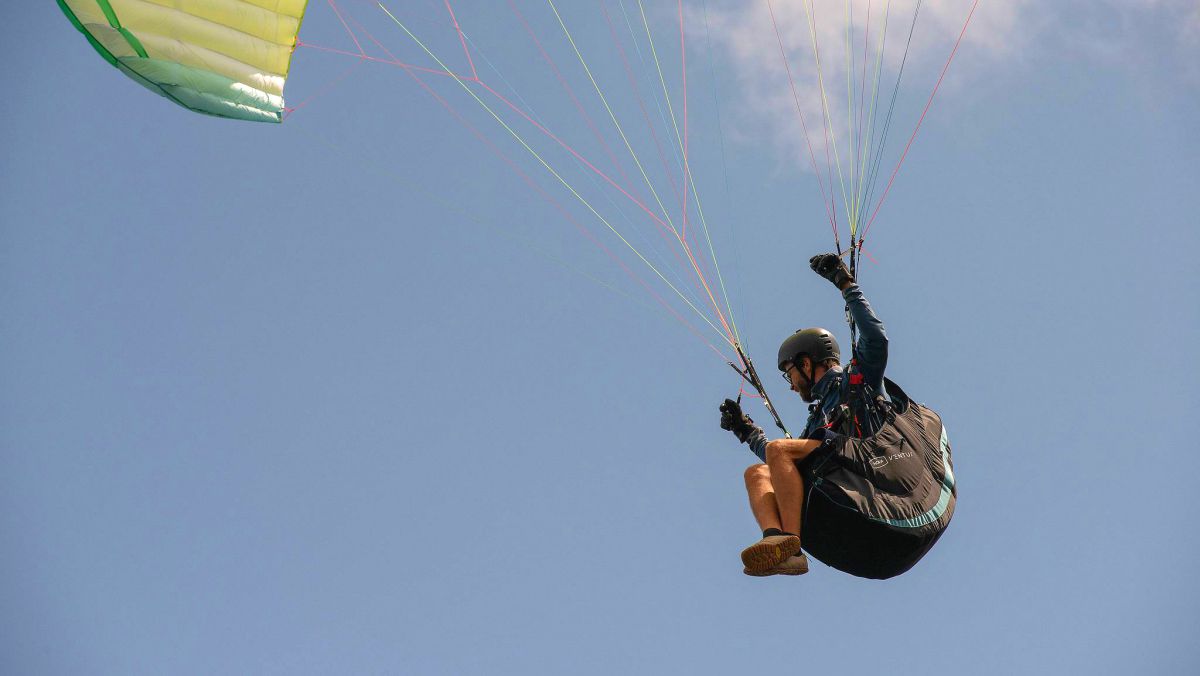 A few firsts had the Austrian manufacturer at the last Coupe Icare. Sisi Eisl was in charge for the first time, following her appointment as new Managing Director of the company in August -the first woman in front of a paragliding company. She was happy to unveil the 2 new products that Nova was launching to the market, fully designed and produced in the house: Their first Pentagon reserve and the all-round harness Ventus.

The Ventus introduces a new viscoelastic back protection system derived from motorcycling and fitted in the upper back area, which helps spread the energy in case of a hard impact against sharp objects, and also provides confort.

The harness comes with a foam protector between 18 and 20 cm thick, light and of small packing volume. At Nova are also very proud of the ergonomic parachute container that enables a “particularly reliable” deployment.

The Ventus incorporates a number of well-thought-out details, such as the color coding of right and left side, a special pocket and holes to fit an hydration pack, a pocket for the radio on the shoulder strap, T-lock buckle for legs and chest connection, or a whistle incorporated on the chest buckle.

Behind the Ventus is young talent Luis Depping (24) who has taken over harness design at Nova, while the construction is taking place at the Nova factory in Hungary.

The Pentagon is a self-stabilising five-sided shape reserve parachute that offers a sink rate of 5.2 m/s for size 120. According to Nova, it also has a fast inflation thanks to the short lines and the five corner vents.

The Pentagon is built in Porcher Sport PN9 cloth that is both durable and water resistant, guaranteeing that it remains fully functional even after a water landing, explained at Nova. It was designed in collaboration with Urs Haari of High Adventure -who tested it thoroughly- and it is manufactured at the Nova factory.

Nova also had their complete range of gliders, including their new high EN B wing Ion 5 Light.

At the Coupe Icare we had the chance to have a little chat with Nova’s paraglider designer Philip Medicus, who explained the philosophy of Nova to us – which, basically, is to hit the intended target group while they keep improving their wings.

“For example, we establish the Ion series and the success is based on the fact that somebody who could safely fly the Ion 3 feels comfortable on the Ion 4, and if he flies safely the Ion 4 then he will feel better on the Ion 5. Technically, that means we resist the temptation to increase aspect ratio, for example, so AR is not increased in 5 generations because it is good for the demands of the pilots to the series”, he explained. To develop their paragliders, they do lots of simulations of the airflow to see how the wing would perform, “even predicting wrinkles”, he said. “Usually the first prototype actually flies quite well, so all the bad ideas stay in the computer. We can start with the first proto normally at a good level”.

At Ojovolador we have been testing the Sector (EN C) for a full review coming soon, so we asked Philip about the brake hangpoints, which are placed a few centimetres before the trailing edge. “When they are on the edge, the trailing edge will deform a bit more when you brake. The more you move it to the front the less deformation without braking. The more you move it back the more brake pressure and less brake travel. On some wings it makes sense, on some designs it improves handling, and on others it’s a bad idea. With the Sector we wanted to have an easy step up from the Mentor. It should be the same step from Ion to Mentor, then from Mentor to Sector”, explained the designer.

Nova have built a couple of 2-liner prototypes, but according to Philip that’s only a project right now.