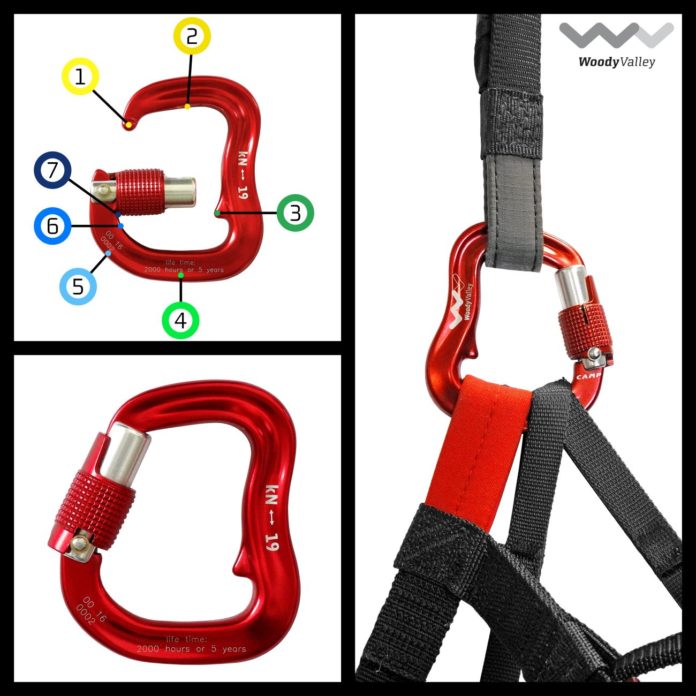 The Italian manufacturer of harnesses presented the Skyway carabiner that they will be using in their range. Designed in cooperation with Camp specifically for paragliding use, it is lighter and stronger than the one used formerly in Woody Valley harnesses.

The Skyway introduces features like the slightly tilted upper side that allows risers to slide smoothly into the right position, even narrow ones, or a blocking tooth that prevents the carabiner from turning upside down through the webbing loop.

The Skyway carabiner weighs 48 grams (14 grams less than the former Camp Para Twist Lock Evolution Karabiner) and, according to the manufacturer, its overall strength has increased in all the critical points. “All tests conducted by the Instituto Politecnico of Turin showed a higher resistance during working cycles than our former karabiner model used since 2009”, say at Woody Valley.