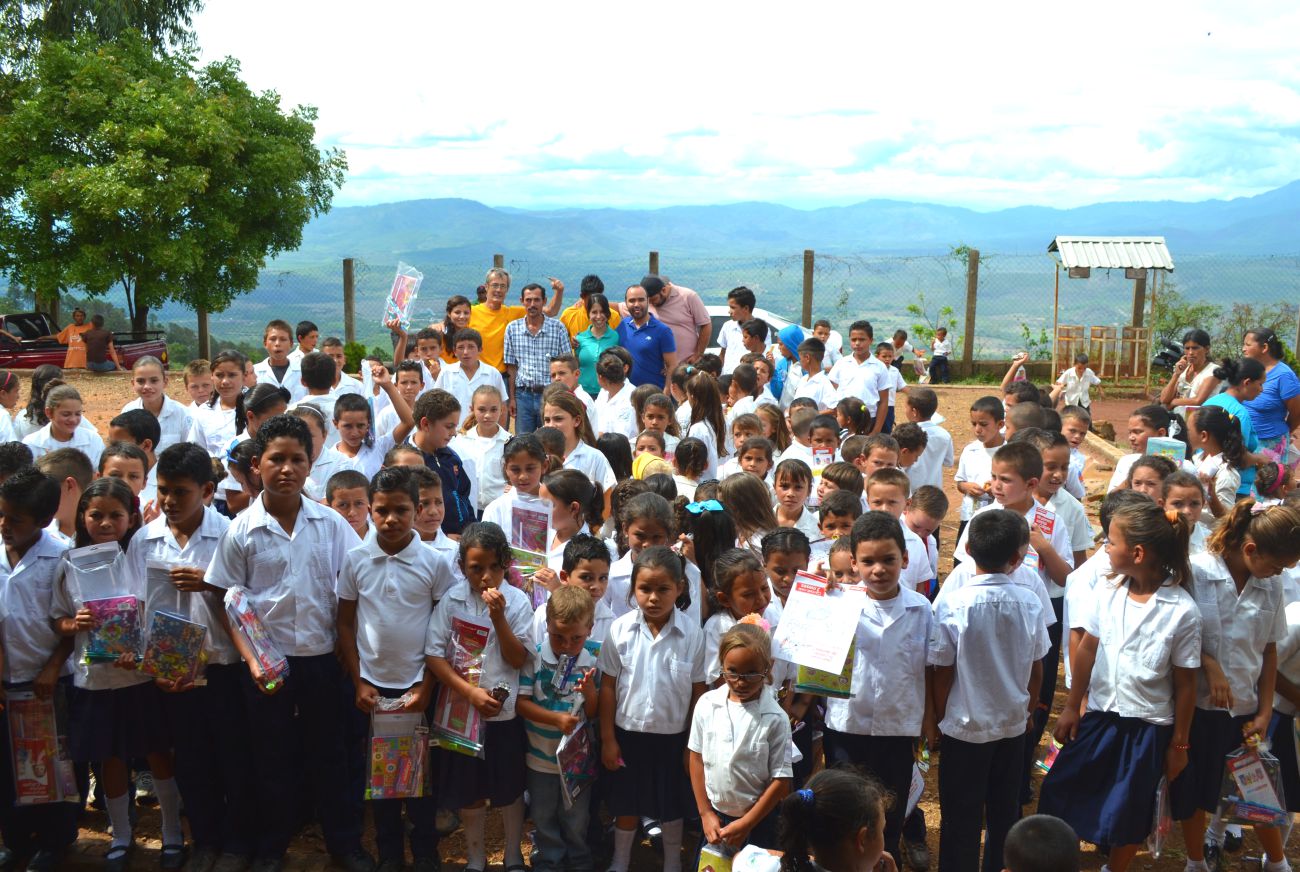 For the better part of ten years, starting in 2004, I was the only paraglider in Honduras. I came from a community of pilots in western Canada, so in the beginning I felt both excitement and a lot of anxiety as I began to experiment with tropical flying conditions and pioneer sites here. It didn’t take me long to find two areas within an hour drive of the capital, Tegucigalpa, and began flying every weekend. Visiting pilots were few and far between but a precious and welcome connection gave me a sense of community. In a sense, each visitor who came to fly became another member of a sort of loose knit community for me. In spite of very limited infrastructure and difficult access to launches, I can’t think of a single pilot who wasn’t thrilled with the flying, especially cross country that is possible here.

In many places in the developing world, when a paraglider lands at the edge of a small village, all the children run out of their houses to see this inspiring thing that flies…. Countless times I have been greeted by crowds of children filled with curiosity in isolated landing fields. They also shout their greetings when I’m flying in the mountains above tiny isolated villages. How incredible is a Paraglider, so quiet that we can hear what it is going on below as we fly. This particular sound that rises is an expression of pure joy, which comes from children who are looking up from their lives of desperate poverty, children that may never get to explore their own dreams yet they are still inspired just to see me following my passion. These kids also have dreams, some perhaps even to fly….

Then there is Argenis. He was 14 the first time I met him in a landing field with about 20 other kids, but he was different. I didn’t speak much Spanish but I remember this kid who was doing everything he could to communicate something really important to me. Next time I landed, he was there again and it was a pattern that developed into a friendship, and, eventually, to the birth of the APH, the Honduras Paragliding Association.

Work took me away from Paragliding and Argenis in 2010, and for several years I was on the North coast of Honduras. Argenis was out of site and out of mind until one day in 2012 when I received a call from him. He told me that I had forgotten the promise that I had made to him that one day he would fly if he believed strongly enough. He said that he had never forgotten, never given up, and that he had been raising chickens over the course of several years to save a $1,000! Now, he was ready to buy his wing and learn to fly. He put the ball squarely in my court and the only thing I could possibly do was make the decision to find a way to fulfil my promise. A long story short, I found the help we needed by way of “The Cloudbase Foundation”, which is an American NGO made up of Paraglider pilots with a commitment to benefiting communities around the world that are connected to Paragliding.

In April of 2014 we welcomed a group of instructors and unloaded a pickup truck’s worth of donated equipment with a mission of teaching Argenis and a small group of local kids to fly. By the end of the month we were flying with Argenis and a couple of others. I founded the Honduran Paragliding Association to provide sustainability for the initiative and to receive and care for the donated equipment.

My initial dream was realized when we where able to share the joy of flying together the first time.
But dreams evolve and this one began to evolve with a revelation and with encouragement from the Cloudbase Foundation. The revelation is that starting a new paragliding community is unique in that we can decide what our community will be like. With guidance from Cloudbase, we immediately decided that we would be a positive force in the local community, which is extremely poor. In our first year we raised funds to provide learning materials for 250 children, donated school libraries and learning aids to three schools, and uniforms and shoes for 50 students.

This investment in education has proven very effective. Somehow expressing belief in the value of these kids has sparked an interest in the community itself… A parents group formed when we told them that we wanted to connect the school to the internet and provide computers. While we were busy trying to find a way to fund construction of the needed classroom, this parents group began lobbying the local municipality.

We have just learned that construction has been approved, and in September this tiny one-room school will have its new computer lab; the teacher will have full access to any information she wishes to in order to enhance the education in her community. And we see that the community is united around an idea that education is important to their kid’s futures. Argenis is a natural and passionate pilot and his dream is also unfolding. He has been graciously invited to Austria by Tomas Moser of Team Liiischer, who flew here in 2015. It will take him some time before he is ready as he has to learn English first, but in the meantime we are working on sending him to the Dominican Republic where he can train for three months towards being the first Honduran tandem pilot.

From being the kid who grew up raising chickens he has become the young man who everyone looks up to as he flies over his town. His life has options that include earning a decent living while following his passion. More than that, in a small and very poor town in one of the poorest countries in the Americas, Argenis is an inspiration along with his flying friends that dreams are worth having, and that never giving up might just get you to live them. Now other Hondurans are learning to fly and the interest in Paragliding is increasing rapidly. Professional tandem pilots are beginning to take an interest, and a local school is in the works.

I and other pilots who have visited believe that we have discovered a world class flying region. We are flying in a wide valley located in the widest part of Central America in an area known as the Dry Belt, far from marine influence. Thermals turn on early and the cloudstreets are abundant for those that want to fly far and fast. In the end of July and first week of August we plan to host our first flying festival in Honduras with hopes of at least some competition pilots joining to explore the valley’s potential.

With many years living in Honduras, I am aware that Honduras has a rather bad reputation, the cities do suffer from gang conflicts and drug trafficking related issues, and travellers have to be careful there. But entering rural Honduras is entering quite a different world, full of warm-hearted and generous people, families and tight knit communities that have simple and common human desire: a decent future for their kids, and the same thing that all of us want.

The APH was founded with a theme: “Flying for a better Honduras”. So come and fly with us and be a part of this story.

*Check out the Honduras project on the Cloudbase Foundation website, where you can also donate to this cause: http://thecloudbasefoundation.org/causes/honduras-schools/