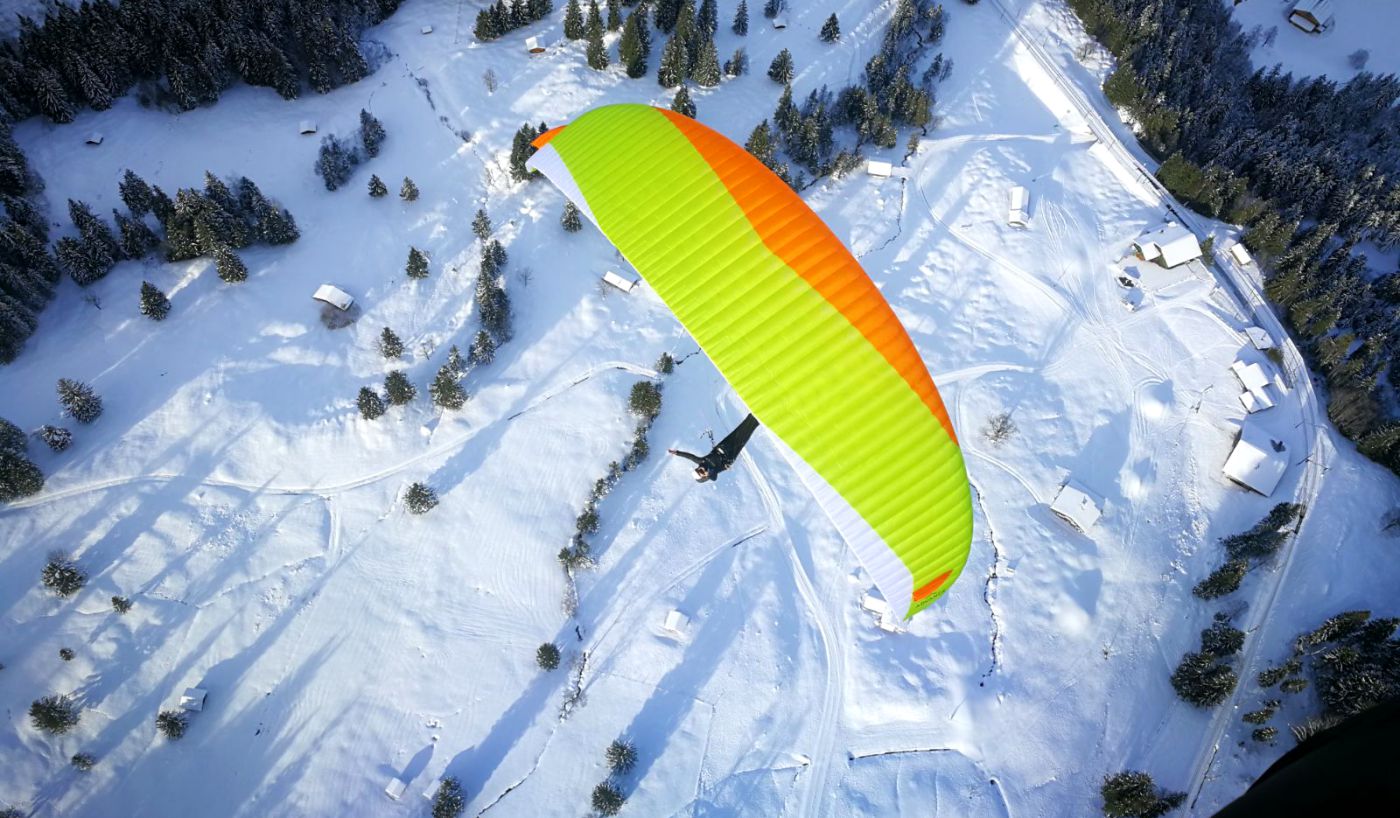 The Swiss company privately presented their high EN model Iota 2 to a small group of pilots and media members in mid-November. The new glider outperforms its predecessor in all aspects, according to the Advance design team, with significant improvements in glide ratio. This glider is oriented to cross country with comfort, but high performance.

Slightly smaller than the Iota, the Iota 2 also has less arch and a new profile developed after a thorough work with the house design software, several simulations and a number of prototypes tested by the Advance test pilots.

One of the distinctive signs of the Swiss manufacturer is the ‘winglets’ located on the tips of their paragliders. In the case of the Iota 2, at Advance we were explained that these winglets allow to reach an improvement of up to 2.5% in the vortex flow of the wingtips, at least on simulations. It may seem minor, but in addition to other small details they managed to get interesting global improvements in the performance and behavior of the glider.

We had the chance to try the Iota 2 before its official launch to the market, planned for early 2018, and we brought a demo with us to do further test flights, so we will soon tell you more details of this hi-end EN B wing. In the meantime, you can have a look at the first pictures of our flights in stunning locations of the Swiss Alps, with the Advance team.