Home Ojovolador's choice Why you should never wet your reserve, unless it is made of...

– Is there an issue with reserve parachutes that get wet?

Yes – however not on every reserve. But there is definitely a big issue with certain fabrics and also lines. As a result, many reserve parachutes only pass the certification tests, if there are TWO different test samples used for the TWO required test deployments. Why? Because the sink rate or the pendular movement of the one having been wet would be too high to pass the test.

Which means for normal use: If your reserve was wet ONCE, you may well bomb in.

– How can water or humidity affect a reserve parachute?

There are several effects:

– What does NOVA do on the PENTAGON to prevent negative effects of wetness?

As a result, we are very, very positive that the PENTAGON will do an excellent job – no matter whether brand new or after a water landing.

– It seems that many parachutes could last way longer than 10 years. Do I really have to get a new one after 10 years?

Same as wetness, age definitely affects the fabrics and the lines of any reserve. Very fine dust may also find its way into the reserve container and can seriously damage the reserve.

Treated well and being re-packed regularly, a reserve may last way longer than 10 years. However, both authorities and manufactures want to be on the safe side – and so do the actual users. 10 years seems to be the reasonable time with the currently available materials.

– Is there a list of water-resistant materials for reserve parachutes?

To our knowledge, there is no such “list”. At NOVA, we a) rely mainly on what we have tested ourselves and b) work very closely with well-renowned suppliers such as Porcher, Edelrid, Dominico or Liros.

The people who certainly know the most from practice are people like Alain Zoller (Air Turquoise) or Simon Winkler (DHV), who are professionally involved in testing the finished product. However, their neutrality requires that they do not comment on them. But people who do a lot of SIV as instructors also have an excellent overview. We were very happy to hear that f.e. Christa Vogel and Jürgen Kraus who do SIV at Lac Annecy for the whole season have chosen the PENTAGON as their own reserve.

– How can I pilot find out about the water resistance of the materials?

A quite banal question that any user can ask any manufacturer: Were the two required test deployments made with one and the same test sample during the approval test or not? This separates the wheat from the chaff.

– Why does the test norm (EN-Norm 12491) allow using materials that are obviously not fit for use?

That is what we think too. Currently, there are discussions about an update of this norm. But we all know it takes some time to change European Norms. Until then, it is the pilots and the paragliding schools who can decide themselves what they want to have… 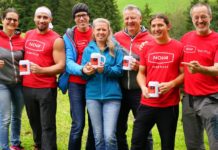 NOVA Awards Pilots of the Year 2019 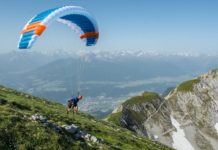 Nova Doubleskin, the lightest paraglider with top and under surface 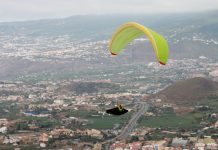 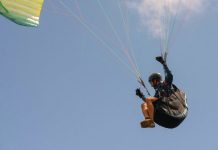 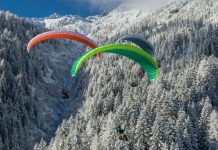 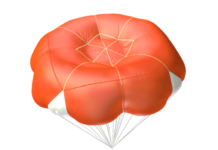