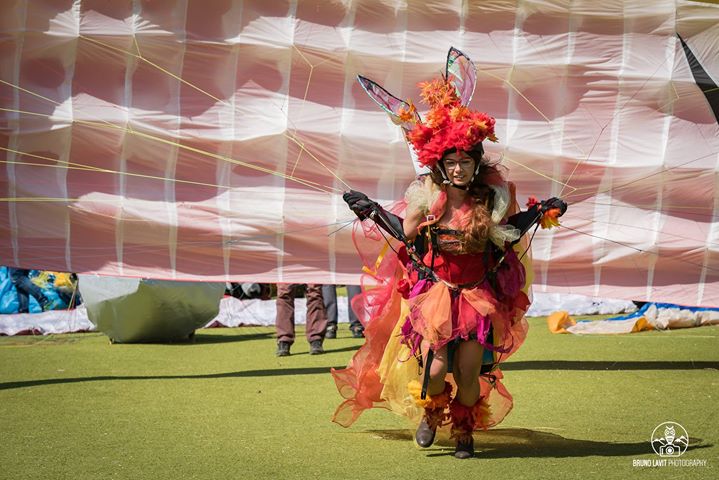 After four magical days of free flight festivities, the 44th Coupe Icare said good-bye to the hundreds of pilots from all over the world, who did the annual pilgrimage to the heart of the Alps for the major festivity in the world dedicated to paragliding and flying. The meteorologists were right in their forecast, and the village of St Hilaire du Touvet, near Grenoble (France), shone under a late summer sun offering perfect flying conditions for all types of aircrafts, from hot-air balloons to speed wings, paragliders, paramotors, hang gliders, drones and model planes.

More than 90,000 visitors participated in this major September event. 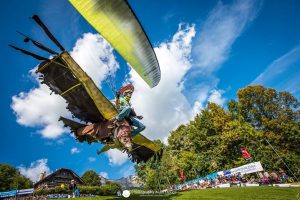 This year, throughout the Icare Expo trade fair as well as on the launch and landing areas, all possible languages were spoken. There was a condensed representation of the passionate world of flying, and most of the manufacturers of the gears we fly were there to show their latest developments and announce the upcoming products for the the 2018 season. The event also hosted the 35th Icares of Cinema, the biggest film festival dedicated to productions featuring flying sports or nature, the world famous Icarnaval, the flying-disguises parade for paragliders and hang gliders, and the Icarobatix paramotor competition and display. 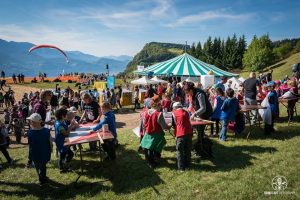 “Named the N°1 sports event in the region Auvergne-Rhône-Alpes in terms of attendance, it was an unforgettable experience once again this year in Saint Hilaire / Lumbin in the heart of the Isérois Alps”, said the organizers of the Coupe Icare association, who thanked the many loyal pilots and volunteers who returned this year to deliver an outstanding show for the public.

On Saturday 23rd, the Organizing Committee signed a contract with a Chinese representative who will take the Coupe Icare to China for the first international franchise of the festival. The first Chinese Coupe Icare will take place in 2018 in the Qingdao region.

The Coupe Icare will come back in September 2018 for its 45th edition.

Winners of the 35th Icares of Cinema:

Here is the recap on this wild race as the Parabatix Sky Racers were in full force at the Coupe Icare – L’Officielle in the beautiful French Région Auvergne-Rhône-Alpes ripping up the sky over the mountains next to the city of Ville de Grenoble. This summary video says it all! 📽 🏁 🏅 🍾

And of course the entire Parabatix crew who worked so hard to make this happen!

The idea behind this award is to present an innovative and poetic flying invention that, if possible is also eco-friendly. For the 10-year anniversary of this award, who else but the inventor of the Coupe Icare should be rewarded? Daniel Raibon-Pernoud, founder and president of the festival, is the winner of this year’s award for the 44 years of dedication to his “Icaresque” work.